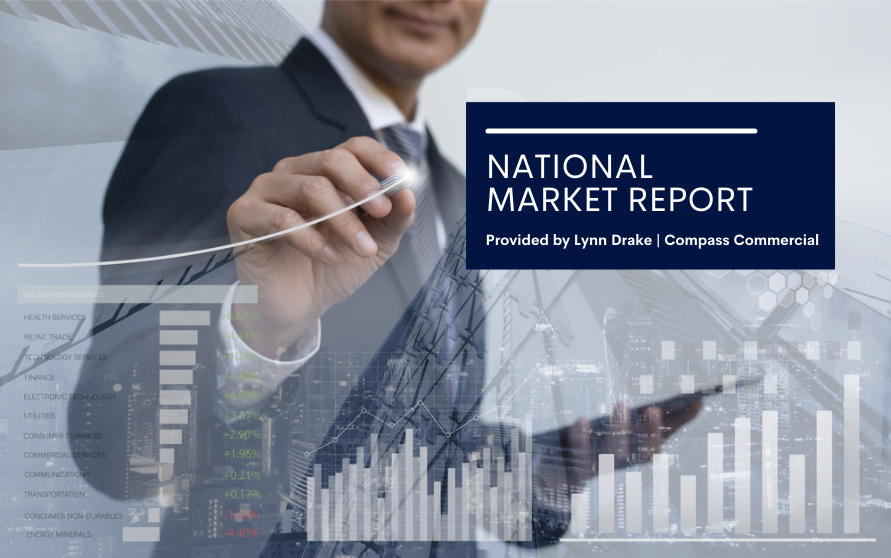 As the pool of available sublease space expands and demand has started to weaken again, net absorption has fallen back into negative territory. Uncertainty regarding everything from remote work policies to high inflation and an increasingly aggressive Fed suggests that the office market’s recovery is still some distance in the future. Sublease availability sits at a record high of 230 million SF, and of the just over 140 million SF currently under construction, 35% remains available to lease. Nevertheless, a notable drop in new starts should help balance things out a bit in coming years. Overall, transaction activity totaled around $107 billion in 2021, returning to pre-crisis norms, although the new higher interest rates implemented by the Fed could slow this growth in 2022. However, more than $60 billion in assets were traded as of mid-September.

Leasing activity is the best sign that at least some companies are returning to the office. While it remains below pre-pandemic levels, leasing activity has exceeded 100 million SF for 4 consecutive quarters. Unfortunately, sublease availability is also reaching new highs for a total of 230 million SF, an increase of nearly 16% since the end of 2021. Also troubling is that 45% of the sublease space listed as available is currently occupied, which suggests that rent is still being paid there but it’s likely to be vacated at the end of the current lease term. Sun Belt markets like Palm Beach, Austin, and Las Vegas continue to lead the list of top markets, while Midwest and Northeast office markets in places like Cincinnati, Minneapolis, and northern New Jersey are struggling with ongoing weakened demand.

Rent growth is still moving in a positive direction, but it’s slow, so many landlords continue to offer generous incentive packages, including free rent and tenant improvement. In addition, a growing number of sublease listings is putting pressure on an already flooded market. While the pandemic impacted all building quality cohorts, 4 and 5-star properties are recovering more slowly. As rent growth has moved into positive territory for nearly all major markets, the Sun Belt markets of Miami, Fort Lauderdale, Las Vegas, and Phoenix are currently seeing the best growth, while DC, San Francisco, and San Jose top the short list of remaining year-over-year losers.

Although development has slowed from its pre-pandemic levels, the amount of speculative office space underway remains high. Of the current 143 million SF in the current pipeline, 35% is unleased, and of the space that has been delivered since 2020, 25% remains unleased. Thus, even if leasing volume improves, new deliveries will continue to put pressure on the national vacancy rate for at least the next few quarters. Major tech center markets, like San Jose, Austin, and Seattle, as well as the life science hubs of Boston and San Diego remain strong. These are joined by Sun Belt Metros that have maintained growth through the pandemic, including Nashville, Miami, and Charlotte. While perennial construction leaders like New York, DC, and LA continue to have more development than most metro areas, their growth has cooled considerably as their office markets struggle to recover.

The top cities for office property sales at the end of Q2 2022 were Boston, New York, Washington DC, Dallas, and LA, showing some growth even in high-ticket markets that are otherwise struggling to recover. Investors do seem to be gaining confidence despite near-term uncertainty. Indeed, for the year, investment returned to pre-pandemic levels, totaling approximately $107 billion, and more than $60 million in assets trading had occurred as of mid-September. In addition, the share of distressed sales remains low, and the current inflationary environment favors commercial real estate investment, where cash flows can adjust more readily than in fixed income assets.

As one crisis follows another, the odds of falling into a recession continue to increase. In response to record-high inflation of 9.1% in June (the fastest rise in 4 decades), the Federal Reserve has boosted interest rates sharply. However, this increase rates, including raising its policy rate by 75 points in June and again in July, has undermined consumer sentiment and cause spending to plummet. In addition, after being supported by stimulus payments during the early days of the pandemic, consumer spending had already started to slow, and the shift from durable goods to services that marked the latter part of 2021 and beginning of 2022 started to roll back in April, potentially as a response to inflation, shrinking household savings, and outbreaks of new Covid variants.

The combination of rising prices and falling consumer sentiment is causing overall demand to cool considerably even as incomes increase in response to a tight labor market. Although the unemployment rate is 3.7%, just slightly more than its pre-pandemic level, labor participation remains below pre-pandemic levels, as lack of childcare and protection from Covid continue to keep people at home. Nevertheless, an average of 562k jobs were added per month in 2021, and more than 3.5 million have been added so far in 2022. With almost 2 job vacancies for every unemployed worker, competition for employees has driven wages up and increased incentives, but neither is a match for inflation. Even as wages increase, personal income grew by only .2% in July, and the personal savings rate held at 5% for the second month in a row, its lowest rate since August 2009.

Ultimately, uncertainty about the future is leading to reports of forthcoming hiring freezes and layoffs driven by a significant decrease in wholesale manufacturing orders. Moreover, as rising mortgage rates meet housing prices that remain uncomfortably high for many potential homebuyers, the residential real estate market is also expected to experience an impending cooldown period.

This is a summarized version of an office market report that was originally created by CoStar. The full report can be found here https://www.compass-commercial.com/national-office-report/

Mantra:  I attract the best people into my life!

Why You Simply Must Move