With the help of Compass Commercial, Aras opened a 1,000 s.f. office in Troy, MI in 2014. However, within just a couple of years, Aras needed to double their size, and by 2018 they needed a space for 40 people.

Compass needed to identify a building located near where the key personnel lived. To reflect the culture of Aras’s other offices around the world, they wanted a very modern, Class A building with amenities that included a workout room, private dining room options, a game room, and more.

Compass identified four Class A buildings that were in the right area and had the amount of space the client required. The CEO visited all of the locations and chose 2600 W. Big Beaver, Troy MI because it truly represented the Aras culture. This building underwent a major update the year before and is stunning. The building has more amenities than any other building in the Detroit market.

The building owner was known for being easy to work with and getting transactions done quickly. Lease terms were negotiated in less than a month. The lease was being drawn up when we learned that the building had been sold. The new owner was from out of state and had no experience managing office buildings. The new owner rejected the tenant’s location plus all the terms of the rfp, so we were back to square one with the negotiations. It took almost a year to get agreed upon lease terms and a lease. In the meantime, the landlord had hired all new people to manage the building, so a 4-month buildout took him 15 months to deliver. During this period, Compass worked with Aras’s current landlord to extend their lease for an additional year. Ultimately, Aras’s space turned out beautifully, and they were happy with the overall results. 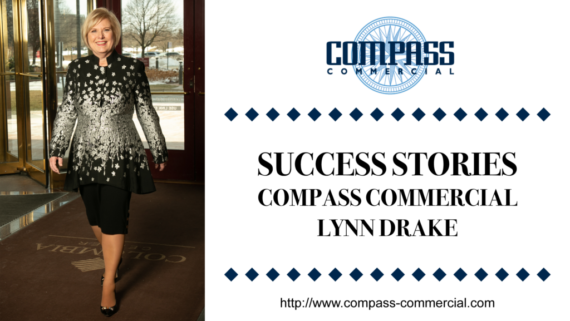 How to Re-purpose a Building